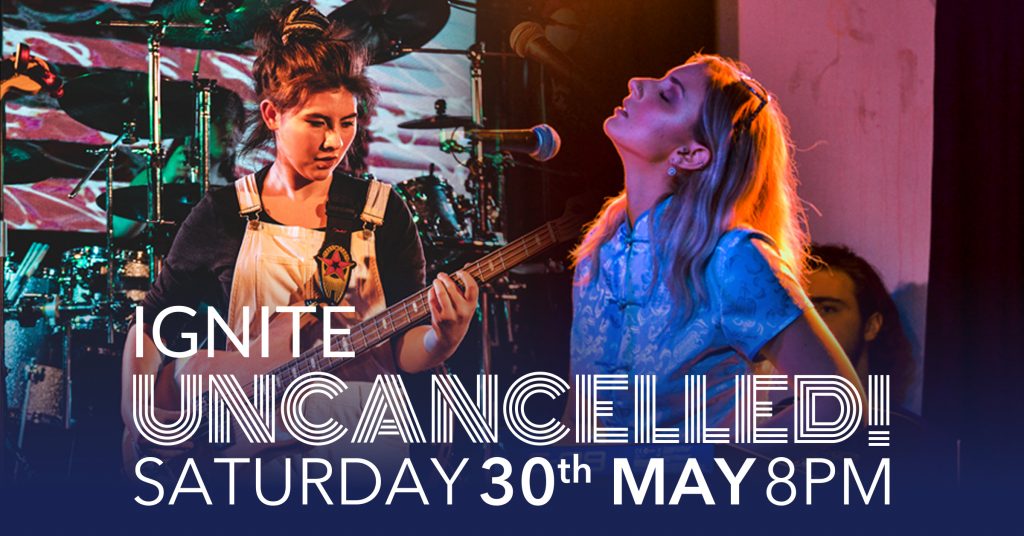 RSVP to Facebook Event!
Our sixth live streamed performance starts at 8pm on May 30th with Indigo Hue & SORCHA taking the stage for Ignite Uncancelled!
Prepare to be amazed by these talented local artists – we’ll be broadcasting them live on Facebook, Instagram and YouTube from 8pm!

Indigo Hue is a musician and artist who grew up on the Sunshine Coast, Queensland but is now Melbourne based. She draws musical inspiration from her love of Indie, Alt and Pop Rock but is also known for dabbling with genres such as Blues, Jazz and Folk. Indigo Hue as well as being a solo artist is happily involved with the talented 5 piece - league of their own - band Glass Elevator, she can been seen instrument jumping from Guitar, Bass, Drums and Vocals.

SORCHA is a local artist who has been performing on and off for the past 8 years. She first started performing at Emerald's very own Gemco Theatre, acting in musicals and singing at their open mic nights. She has now performs at gigs throughout the city at venues such as The Workers Club and The Grace Darling Hotel, to also general open mic nights at various pubs and restaurants.

SORCHA released her first single "Always on my mind" at the end of 2019, which can be found on Triple j Unearthed, Soundcloud and YouTube. She has since put together a band to help bring her music to life on stage. She is now in the process of producing her first album, as well as collaborating with other artists. SORCHA looks forward to being able to perform again once restrictions ease!