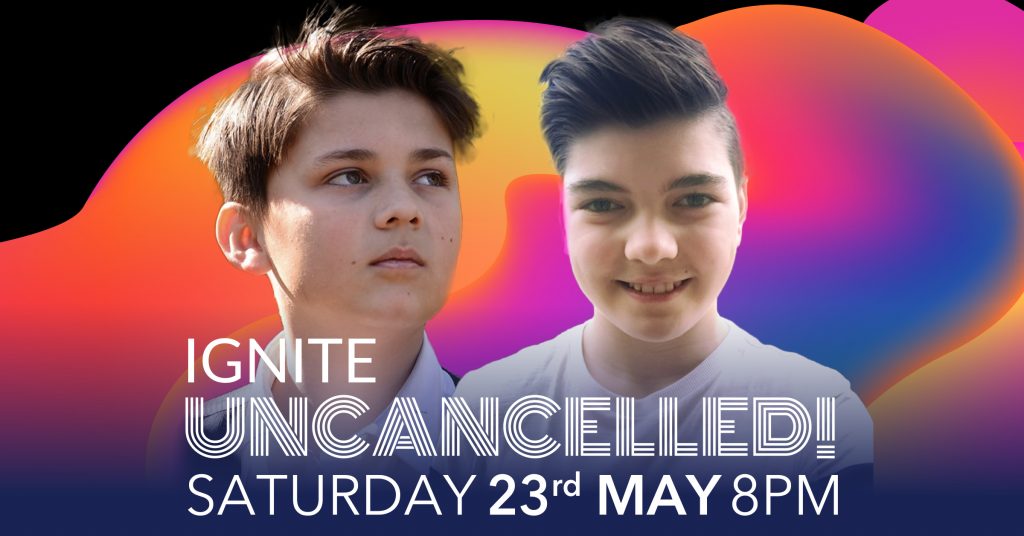 RSVP to Facebook Event!
Our fith live streamed performance starts at 8pm on may 23rd with Jake Hanney & Clay Mercuri taking the stage for Ignite Uncancelled!
Prepare to be amazed by these talented local artists – we’ll be broadcasting them live on Facebook, Instagram and YouTube from 8pm!

Jake has loved music from the cradle, singing, beating the drums, tinkling on the family piano. Jake has had no formal music lessons, but is naturally gifted with a real flair and a quirky streak. He is very influenced by 60's and 70's music. He wrote his first song, Loverbird, at the age of 8, which is one of the 12 self-composed songs from his debut album, Sympathy, released in October, 2019, Also in October, 2019, he won the Bunyip Kid's X Factor. He released his first single, Where Love Goes in November, 2019, taken from the album, Sympathy. He is currently working on his second album, and he released, mid-April 2020, his second single, Urban Spaceman; his first cover. Please visit Jake's website, jakehanney.com which includes links to a number of media platforms that present Jake's Music.

Clay is a 12 year old singer songwriter from Eastern Melbourne and music is his passion. Clay started singing from an early age and he likes all kinds of music, from old school rock’n’roll to modern day pop. He won the Sarah Laughton arts award at his primary school and regularly busks in suburban Melbourne. Clay channels his thoughts and dreams into songs and loves to play around with different tunes. He will be singing cover songs and 1 of his originals.